About The Sackman Trial Group 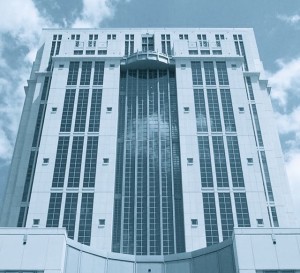 Whether you’ve been injured in an accident on the road, at work or while patronizing a business, we are here to help you. Just as the insurance company, your employer or a business has its own lawyers to represent their interests in such cases, you, too, must have your own lawyer. Make no mistake about it: neither the insurance company nor the business lawyers represent your interests, whatever they might lead you to believe. If you feel you are entitled to compensation for your injuries–or even if you are not sure whether you are entitled to compensation–we encourage you to contact our office today to discuss your case.

If you’ve been charged with a crime, our advice to you is to contact an experienced, knowledgeable criminal defense lawyer today to discuss your case. A criminal charge is NOT the same as a criminal conviction. We represent defendants in all types of criminal matters from DUIs, to drug charges, to assault and battery cases. If you have been arrested, you must exercise your rights! Do not speak with law enforcement about your arrest until you have spoken with an attorney. Remain silent except to request a lawyer. Attorney Sackman is standing by to help you. Contact us today for a free consultation. 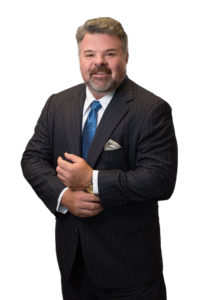 Attorney David Sackman is a Florida-licensed attorney, member-in-good-standing of the Florida and Orange County Bar Associations, and experienced negotiator and litigator. He is a graduate of Dwayne O. Andreas School of Law, Barry University, Orlando, Florida, a private, Catholic university. Prior to founding The Sackman Trial Group in 2014, Mr. Sackman worked with a medium-sized insurance defense law firm where he represented some of the largest employers in the state of Florida including Publix, Rosen Hotels, Mears Motor Transportation, Goodwill Industries, Universal Studios, and Frontier Communications; as Worker’s Compensation Department Head for a large plaintiffs’ firm; and, most recently, as a key litigator for one of Central Florida’s most aggressive plaintiffs’ personal injury law firms.

Prior to attending law school and becoming an attorney, Mr. Sackman obtained a B.S. in Marine Transportation with a Minor in Marine Operations from SUNY Maritime College at Ft. Schuyler, Bronx, NY. He also successfully obtained an unlimited tonnage deck license and worked as a deck officer on U.S. flagged merchant vessels including container ships, petroleum tankers and tug/barge units throughout the U.S. and the world for about six years. He has attended marine firefighting school, survival school and advanced navigation school as a part of post-graduate studies.

Mr. Sackman is the proud father of two children, Alexandra and Will, with whom he spends most of his free time, playing golf, boating, attending their sporting events, as well as playing and officiating lacrosse. Mr. Sackman played lacrosse in high school, college and post-graduate Club lacrosse in New York and Florida, and he has been an NCAA certified lacrosse official for more than 10 years. In addition, he has served as a professional lacrosse referee with the National Lacrosse League (NLL.). He was selected as the 2010 US Lacrosse High School Council’s Man of the Year, and the 2011 Florida High School Athletic Association (FHSAA) Boy’s Lacrosse Official of the Year for his continued support and dedication to Boy’s youth, Middle school and high school lacrosse throughout the Orlando area and the State of Florida. In 2012, Mr. Sackman was appointed to the Board of Directors of the Orlando Chapter for US Lacrosse. He was unanimously elected for a second term as the President of the Florida Lacrosse Officials Association (FLOA) in June 2012.

To learn more about David Sackman and The Sackman Trial Group, and to discuss the particulars of your case, contact our office today to schedule a free consultation.

If you need a lawyer to represent you, please contact The Sackman Trial Group today.